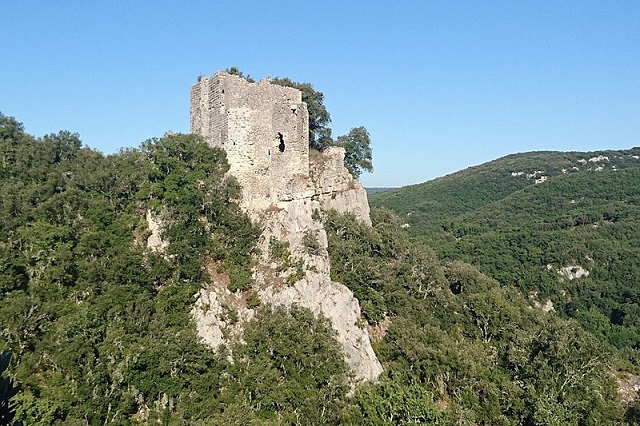 Location: Saint-Privat-de-Champclos, in the Aude departement of France (Languedoc-Roussillon Region).
Built: 10th-11th century.
Condition: --.
Ownership / Access: Private property.
Notes: The castle of Ferreyroles located in the commune of Saint-Privat-de-Champclos, in the north of the department of Gard, is a feudal edifice now in ruins.Dating back to the 10th and 12th centuries, the building currently closed to the public is private. Built on a rocky outcrop overlooking a meander of the Cèze gorges, the castle, a stronghold in the Middle Ages, was designed to protect the lands of the Dukes of Banne and served as an advanced post in conflict period. The castle seems to have had a small defensive wall. It is articulated on three to four levels plus a natural underground cellar serving as a cool cellar in the limestone piton of the foundations.

How To Get To Château de Ferreyroles (Map):