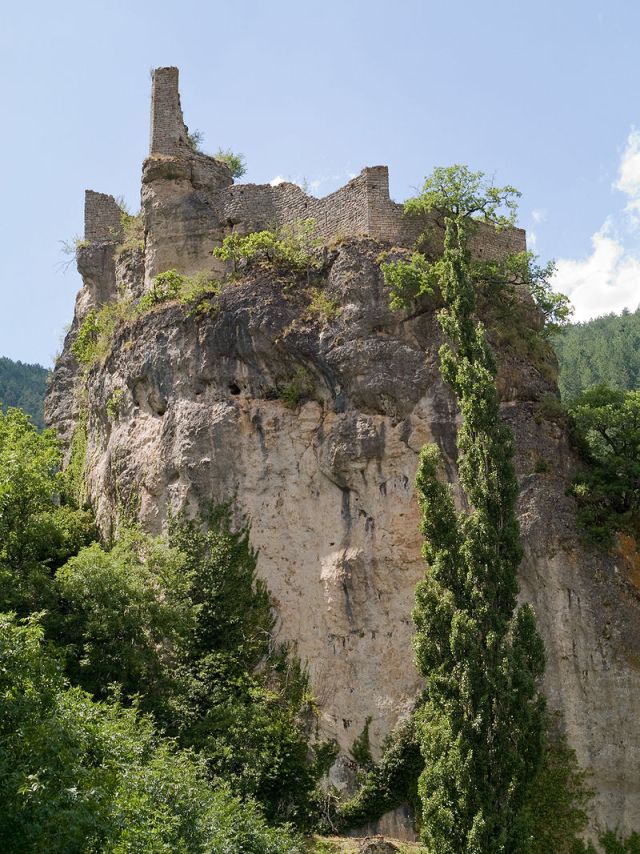 Location: Sainte-Enimie, in the Lozere departement of France (Languedoc-Roussillon Region).
Built: 16th century.
Condition: Ruins.
Ownership / Access: --
Notes: Château de Castelbouc is a castle located above the eponymous village, on Sainte-Enimie town in Lozère, France. It is now in ruins, and is virtually inaccessible.The first trace of the castle dates back to the twelfth century, it is then a possession of Stephen Castelbouc, vassal of Elijah Montbrun. This is Commander of the Knights Templar Larzac.Au sixteenth century the particular states of Gevaudan ordered the destruction of many castles in the province. This is probably by one of their decisions than Castelbouc is destroyed in 1592. All this so that it can not be a refuge for Protestants during the religious wars.

How To Get To Château de Castelbouc (Map):