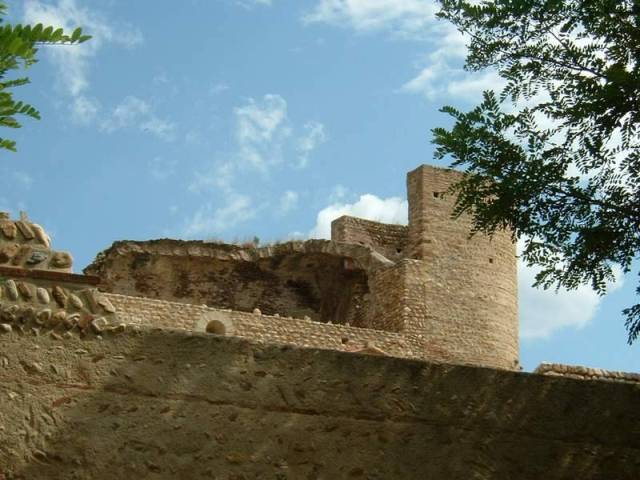 Location: Canet-en-Roussillon, in the Pyrenees-Orientales departement of France (Languedoc-Roussillon Region).
Built: 11th century.
Condition: Ruins.
Ownership / Access: --
Notes: Château de Canet-en-Roussillon old castle viscontal mentioned from the eleventh century and remodeled many times thereafter, stands on a hill north of the village of Canet-en-Roussillon in the Pyrénées-Orientales department. Fell into disrepair after a long period of neglect, it is from the 1960s being restored by the Friends of Old Canet.The viscount's castle is attested from the middle of the eleventh century. Some elements of the walls date back to that time, as well as the Saint Martin's Chapel.Rearrangements were made in the following centuries, especially in the fourteenth century: a patio surrounded by stone columned galleries, was established, as well as most of the current outdoor enclosure. It is also at this time that the apse of the chapel was with a fortified tower, which resulted in the elevation.In September 1415, Emperor Sigismund I spent a night at the castle, while in route to Perpignan for a pseudo-council with the anti-pope Benedict XIII and King Ferdinand I of Aragon. In 1688, a remarkable ice wells was established north of the chapel. Finally abandoned after the French Revolution, the castle was then used as a stone quarry for the inhabitants of the village. Registered under historic monument since 1984, it is being restored by the Friends of Old Canet.