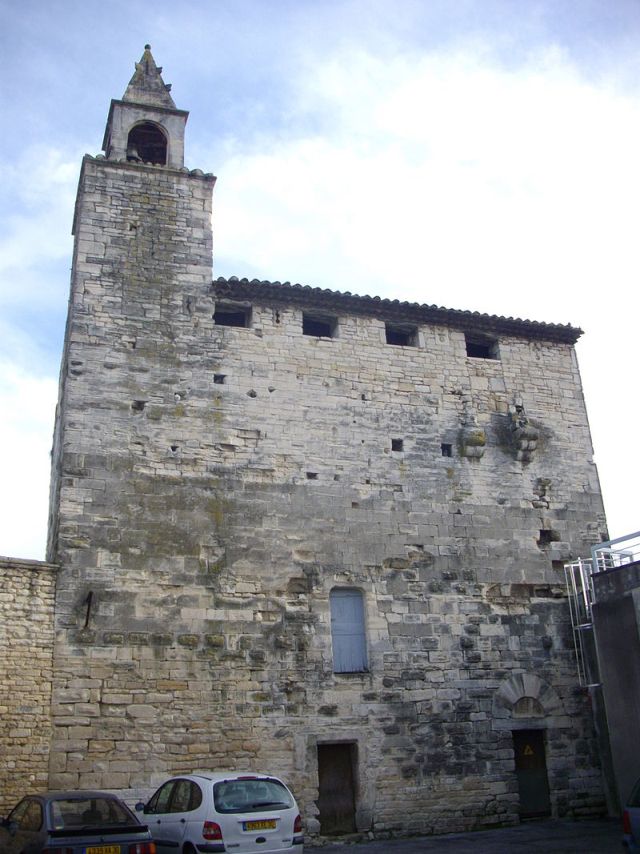 Location: Barjac, in the Gard departement of France (Languedoc-Roussillon Region).
Built: 10th century.
Condition: In good condition.
Ownership / Access: Owned by the municipality.
ISMH Reference Number: PA00125481
Notes: Château de Barjac also known as Castle of the Counts of Roure is a castle located in the village Barjac, in the Gard department in southern France. It takes its name from its sponsors and owners until the French Revolution: The Counts of Roure from the Family of Beauvoir du Roure. He was listed building in 1993.It consists of three towers of different ages and styles, separated by a courtyard with: The stately tower built on a rock at a place called "Bargacum" dating from the second half of the tenth century. The top of this building, supporting the tower was, meanwhile, built in 1649 to house the municipal bell still visible today. Old Castle or "Castel Viel" which will be located later Barjac prisons was built in the twelfth century, the castle was originally a simple dungeon 3 levels topped by a bell tower. It was then a stronghold to assert the dominance of the family on the sector. Gradually the village of Barjac develops around the Castle and becomes a major town on the road between the mountains of Ardeche in the Rhone Valley and Aigues-Mortes. The prosperous city is surrounded by ramparts which still remains today the remains particularly low door of the city. In the seventeenth century a new Logis is constructed and connected to the first building with large stables and an arched gallery topped by hanging gardens (the gardens have collapsed in the early twentieth century. The building of square plan is developed on 4 levels; the ground floor and common kitchens on the first salons and Office of the count, and a ceremonial apartment where stayed Cardinal Richelieu. The third being reserved for the noble family and the chapel and the last domestic level. This part was built between 1634 and 1639 by Jacques de Grimoard de Beauvoir du Roure and son. the large number of mullioned windows letting in very strongly the day can be observed, giving the building an unusual inner clarity. All these buildings will remain property of the family until 1899. Nîmes Roure The bishopric, became the owner installs the Catholic school in the village that occupies the castle until 2001; when all too expensive to maintain returns for mayor who acquired it in 1982. The St. Lawrence school is then transferred to new premises.

How To Get To Château de Barjac (Map):