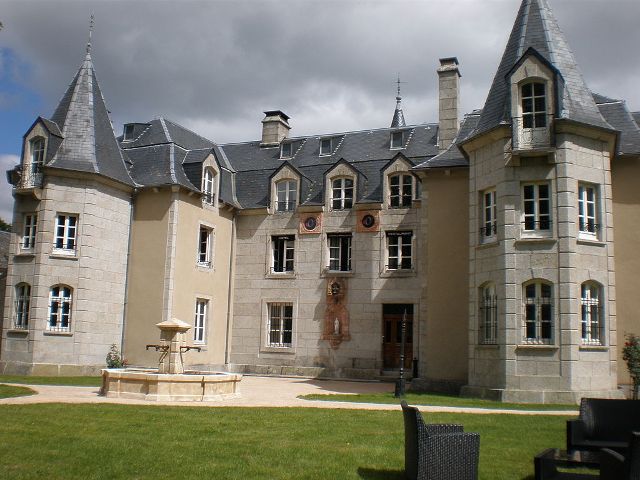 Location: Albaret-Sainte-Marie, in the Lozere departement of France (Languedoc-Roussillon Region).
Built: 1875.
Condition: In good condition.
Ownership / Access: Christophe Brunel.
Notes: Château d'Orfeuillette is a Neo-nineteenth-century castle in the commune of Albaret-Sainte-Marie, Lozere department. It was built for Théophile Roussel, who has also ended his life in 1903. He is from, a luxury hotel located in a 12-hectare park in the natural region of Margeride.The castle is located in La Garde on the commune of Albaret-Sainte-Marie, close to Saint-Chely-d'Apcher. It is 1 hour from Clermont-Ferrand, 2 hours from Montpellier, 2 hours from St Etienne and 3 hours from Lyons. It is accessible via exit No. 32 on the A75 motorway.In the mid-nineteenth century, Dr. Théophile Roussel in medicine, also deputy and senator of Lozère, bought the building, which was only a banal hunting lodge. Within a few years, he transformed this property into a magnificent castle. The work lasted 15 years and ended in 1875.Therefore, Théophile Roussel takes up residence there, and will remain there until the end of his life, in 1903. In his will, the doctor says bequeath his castle to his granddaughter, both admiring it was before the vow its become religious granddaughter, and many links he had with her were strong. By charity, the granddaughter of Théophile Roussel bequeathed it in turn to her convent.

How To Get To Château d'Orfeuillette (Map):