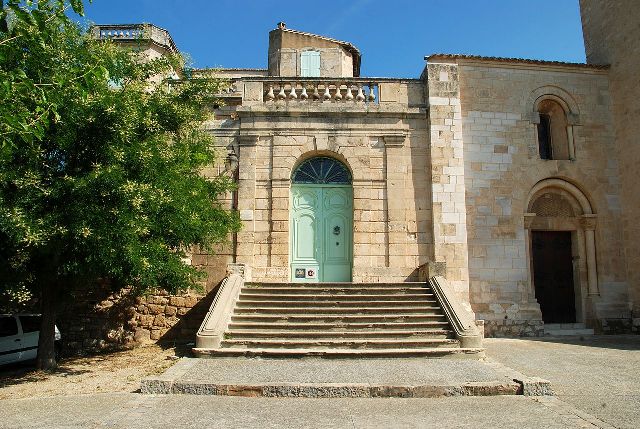 Location: Assas, in the Hérault departement of France (Languedoc-Roussillon Region).
Built: 1759 - 1760.
Condition: In good condition.
Ownership / Access: Privately owned.
ISMH Reference Number: PA00103360
Notes: Château d'Assas Montpellier is a madness of the eighteenth century located in Assas, a few kilometers north of Montpellier in Herault.The lords of Assas are mentioned at the beginning of the nineteenth century. The estate was sold in 1486 by Hugues d'Assas William Bonnal, Montpellier merchant, which then several successive owners: the Pluviès the Montchal family finally Joseph Boyer, marquis of Sorgues, the king's lieutenant in Languedoc. The latter sells it in 1747 to Jean Mouton Clotte.The new owner is from a family of modest merchant who made his fortune in Montpellier. Become bankers, Mouton were ennobled in the early eighteenth century and buy Castle Clotte they are called. Jean Mouton Clotte decided to tear down the castle d'Assas he just bought and to build a summer residence in 1759-1760. This is the building we know today.His descendants retain Assas until the Revolution. This period does not cause damage: in 1789, some revolutionary enter the building and pediments pounding the arms of Mouton (two sheep competed under an olive tree), quickly interrupted by the villagers came activity defend their castle. During the nineteenth century, various other occupants will succeed and make more or less successful transformations but none is harmful to the building. During the 1920s, he belongs to Patrick Geddes making it a dedicated study center for urban planning. It was in 1949 that Robert Demangel, former director of the French School of Athens acquired. It now belongs to his heirs.The castle was part of the filming of The Beautiful Troublemaker, Jacques Rivette film in 1991, and the Return of Casanova Edward Niermans in 1992. It visits on request or during Heritage Days.

How To Get To Château d'Assas (Map):