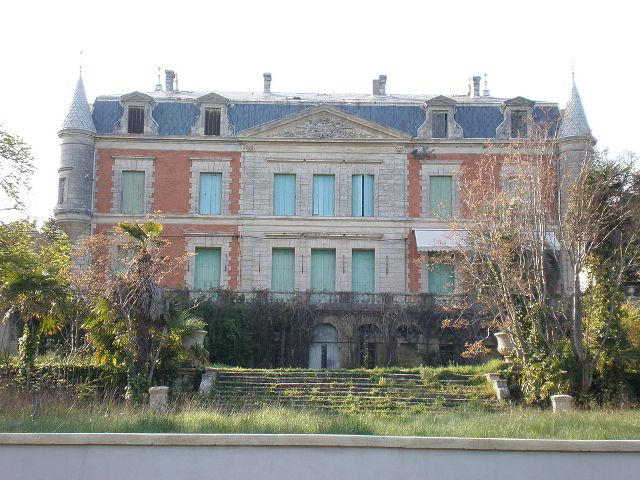 Location: Montpellier, in the Herault departement of France (Languedoc-Roussillon Region).
Built: 1694-1700.
Condition: In good condition.
Ownership / Access: Privately owned.
Notes: Château Bon is a good Montpellier madness of the late seventeenth century, substantially rebuilt between 1858 and 1862. This building is located rue de Château Bon, in the district of Château Bon, in the department of Herault.In August 1694 Philibert Well, first president to the Court of Auditors, aid and finance Montpellier, control a country residence of the architect of the King in Languedoc, Charles-Augustin of Aviler1. According to the university Robert Ferras, the sponsor is "the most prestigious Montpellier personality of time." Philibert Good wants his house to be built on the site of the "mas Terrade" agricultural area that has west of Montpellier. The building was built between 1694 and 1700 by Aviler, a major architect of Languedoc, is, according to some authors copy of his contributions to the architecture of the region by this country château, Aviler of Montpellier introduced the " model home craft inspired by Val Saint-Cloud or Marly same. " debt crippled, Philibert Bon, meanwhile become Marquis de Saint-Hilaire, separates the castle that bears his name before his death in 1711. The monument then goes into different hands to be acquired in the nineteenth century by an owner who resolutely transforms its appearance between 1858 and 1862. The park is redesigned and planted with rare trees by Denis landscapers and Eugène Bühler.

How To Get To Château Bon (Map):