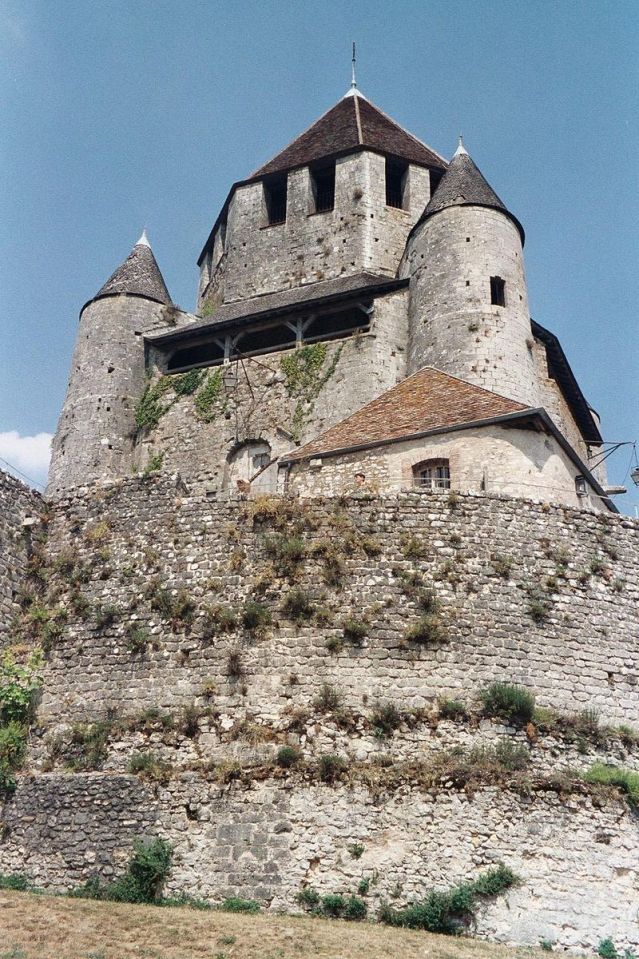 Location: Provins, in the Seine-et-Marne departement of France (Ile-de-France Region).
Built: 12th century.
Condition: In good condition.
Ownership / Access: --
Notes: Tour César is a tower of the twelfth century, located in Provins (Seine-et-Marne, France) at the top of the hill moved uptown. It is the only known octagonal dungeon square base. The tower also served as a prison. During the Hundred Years War, it was occupied by the English who surrounded by a wall.The tower Caesar is the subject of a classification as historical monuments since 1846.A first turn, existing in 1137, is named in the charter defining the boundaries of the Champagne fairs. The current tower was built on a rocky outcrop that is located on the Upper Town, formerly called "King's Tower", "Grosse Tour", "Tour to the prisoners," it was probably built during the reign of Henry the Liberal after 1150 by André Chatelain. Legend has it that the origin of Provins is situated in the Roman era. Following this tradition, the great tower of Provins was built by Julius Caesar. However no source proves that Caesar ever came To Provins. this name is rather to bring a symbol of power. Originally, the tower was not covered and ended with battlements. The current roof and frame date from the sixteenth and seventeenth centuries.

How To Get To Tour César (Map):