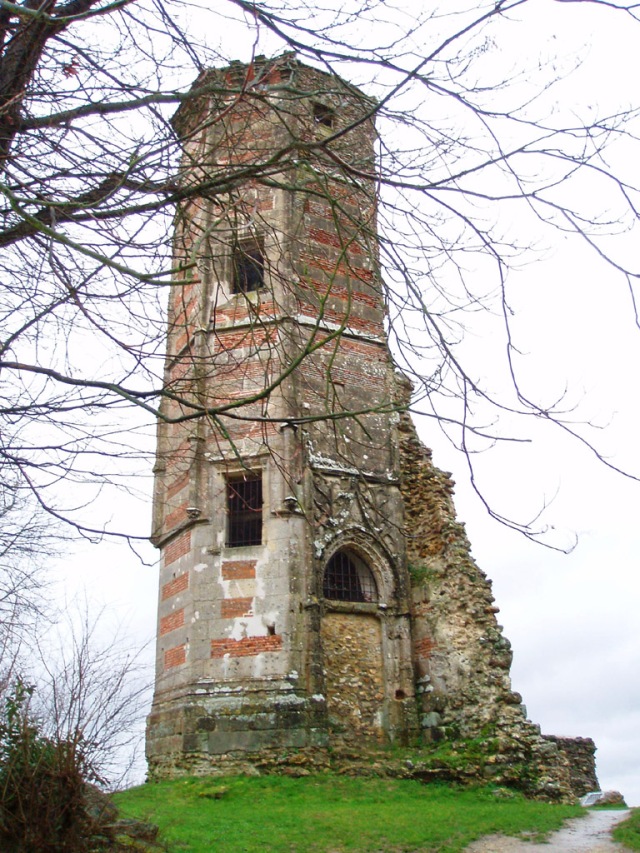 Location: Montfort-l'Amaury, in the Yvelines departement of France (Ile-de-France Region).
Built: 11th-16th century.
Condition: Ruined.
Ownership / Access: Owned by the town.
ISMH Reference Number: PA00087549
Notes: Tour Anne-de-Bretagne is a tower of the fifteenth century, built by Anne de Bretagne in Montfort l'Amaury, which he now remains only the stairs. This tower was built on the site of the ruins of the old castle of the twelfth century, destroyed by the English during the Hundred Years War. This dungeon is too emblematic of Montfort l'Amaury that we forget to describe the appearance: a staircase irregular octagon on three levels, the remains of a tower with a width of twenty meters , the walls of two to three meters thick and an approximate height of eighteen meters. Duchess Anne of Brittany (1477-1514) spent five years in Montfort-Lamaury; it must also St. Peter's Church. The tower was classified a historic monument in 1862.

How To Get To Tour Anne-de-Bretagne (Map):