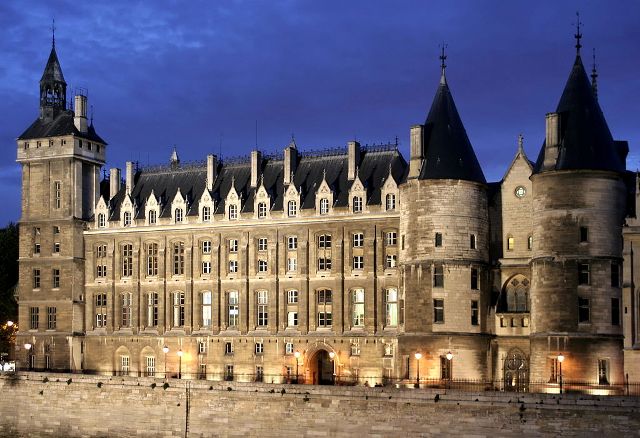 Location: Paris, in the Paris departement of France (Ile-de-France Region).
Built: 13th century.
Condition: In good condition.
Ownership / Access: --
Notes: Palais de la Cité was the residence and seat of power of the kings of France, from the tenth to the fourteenth century. It covered a large part of the Île de la Cité in the 1st arrondissement of Paris. Part of the palace was converted into a state prison in 1370, after the abandonment of the palace of Charles V and his successors. Prison concierge occupied the ground floor of the building along the Quai de l'Horloge and the two towers; the upper floor was reserved to Parliament. The prison was considered during the Terror as the antechamber of death. Few came out in open. The Queen Marie Antoinette was imprisoned there in 1793. Today, much of the site is occupied by the Paris Courthouse and most of the remains of the palace are made by the former prison of the concierge along the Quai de l'Horloge, northeast of the island, as well as Sainte Chapelle.