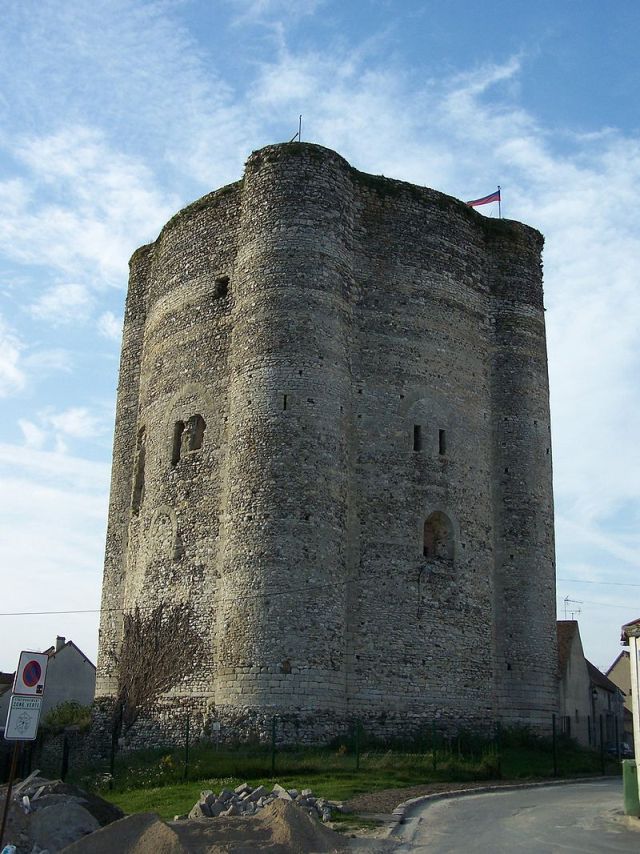 Location: Houdan, in the Yvelines departement of France (Ile-de-France Region).
Built: 12th century.
Condition: Ruined.
Ownership / Access: Owned by the town.
ISMH Reference Number: PA00087453
Notes: Donjon de Houdan is a medieval fortified tower in Houdan in the Yvelines. The main tower provided with semicircular flankings is built in the first half of the twelfth century, around 1120 by André Chatelain, by Amaury III of Montfort is one of the last vestiges of the old fortifications of the city. It is a massive tower, isolated west of the town. It was used as a water reservoir. It's not exactly a dungeon because it is not part of a castle. Dungeon Houdan consists of a seemingly cylindrical tower 16 meters in diameter and 24 m in height with thick walls of 3.50 m, flanked by four turrets of the same height of 4.80 m in diameter. The tower has three levels: a ground floor and two floors. The interior floors and roof were gone. The door was 6 m from ground level and giving access to a mezzanine.

How To Get To Donjon de Houdan (Map):