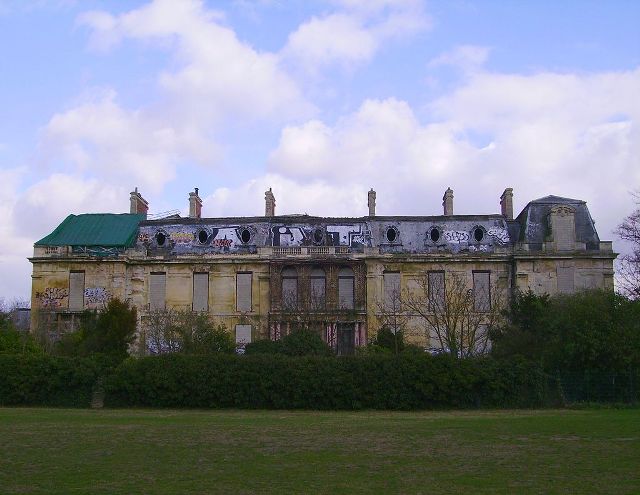 Location: Boulogne-Billancourt, in the Hauts-de-Seine departement of France (Ile-de-France Region).
Built: 19th century.
Condition: In good condition.
Ownership / Access: Owned by a private company.
ISMH Reference Number: PA92000003
Notes: Château Rothschild is a castle located in Boulogne-Billancourt in France in the Hauts-de-Seine. It was built from 1855 to 1861 in the style of Louis XIV at the request of James de Rothschild banker. He was surrounded by beautiful gardens in the French and English on thirty hectares. The castle has long been a meeting place of high society. Looted by the Nazis and damaged by the Americans during the Second World War, it was then sold. Completely abandoned, it is now in ruins. Fifteen hectares of the park remain a public park, the rest is abandoned or has given way to various buildings and facilities.Located in Boulogne-Billancourt, the original domain was acquired in 1817 by James de Rothschild banker John Davillier. The latter had bought at some Hamelin, adviser to the king, who had it rebuilt in 1776 once the castle once owned by Joseph Fleuriau Armenonville, in the neoclassical style. James did completely rebuild from 1855 to 1861 by architect Joseph-Armand Berthelin XIV, in Louis style, drawing Castle Clagny. The main facade of the house, developing over 120 meters, were extended by two side terraces planted with a double row of lime trees pruned "cradle"; the 30-hectare park, layout and planted at that time adjoined the Bois de Boulogne - Napoleon III was then arrange for the Parisians by Vare and Alphand - ran along the Seine and rubbed the area called "the Menus Plaisirs".