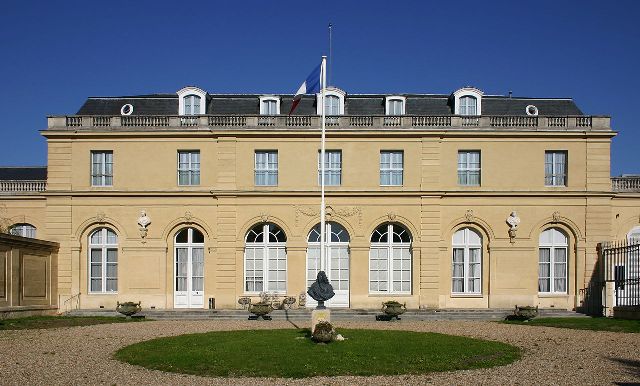 Location: Saint-Germain-en-Laye, in the Yvelines departement of France (Ile-de-France Region).
Built: 16th century.
Condition: In good condition.
Ownership / Access: Société d'entraide des membres de la Légion d'honneur.
Notes: Château du Val is a French castle of the seventeenth century classic style located in the municipality of Saint-Germain-en-Laye, at the northern end of the Grand Terrace, in the department of Yvelines and the region Ile-de -La France. It was originally a hunting lodge built by the architect Jules Hardouin-Mansart for Louis XIV on the site of a former appointment of Louis XIII hunting. The castle, excluding common, is the subject of a registration as a historic monument since June 21, 1991. The facades and roofs of the castle (with the exception still common) are subject to a classification as historical monuments since July 5, 1993. It is in a classified site in 1944.

How To Get To Château du Val (Map):