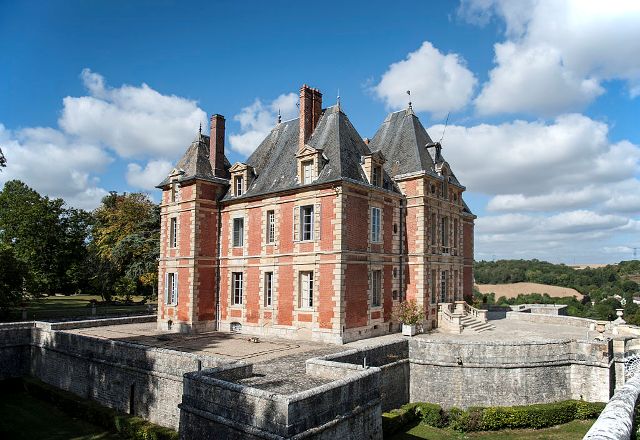 Location: Rosay, in the Yvelines departement of France (Ile-de-France Region).
Built: 16th-19th century.
Condition: In good condition.
Ownership / Access: Privately owned.
ISMH Reference Number: PA00087789
Notes: Château du Haut Rosay is a French castle of the seventeenth century which is located in Mantes Rosay, in the present department of Yvelines and the region Île-de-France. The castle and its park, with common, outbuildings, mills, ditches, terraces and surrounding walls, and water projects (ie. B 189-198), based on an earlier measure of inscription on the additional inventory ( decree of 1 June 1989) are the subject of a classification as historical monuments since 19 February 1992. The castle is located in a site registered by order of 18 January 1946.