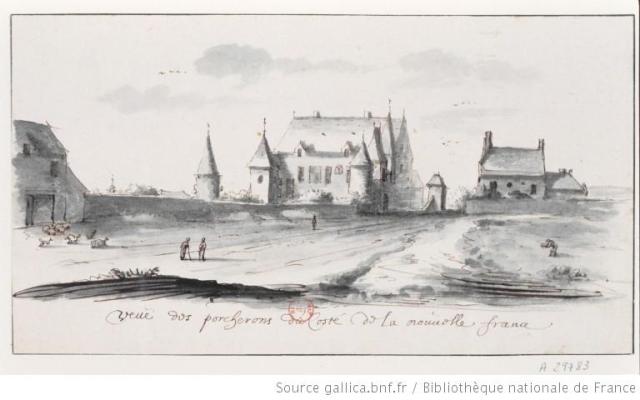 Location: rue Saint-Lazare, in the Paris departement of France (Ile-de-France Region).
Built: 1310.
Condition: Ruins.
Ownership / Access: --
Notes: Château des Porcherons is a castle built in 1310 near the path of Porcherons following the route of the present Rue Saint-Lazare.It was built by the rich pochtron Porcheron family who owned houses from 1290. It gave its name to the hamlet became district, which will grow at the northern entrance is the area around Notre Dame de Lorette.In 1380, the family Haan acquired the property and realized the work in the castle, the castle now become Haan. It was notably owned by Hugues Le Coq, provost of the Paris merchants from 1420 to 1429 and 1434 to 1436. He remained in that family until the eighteenth century. After the Revolution, the castle fell into disrepair and was razed during the Haussmann work.King Louis XI stopped there before entering Paris August 29, 1461, after being crowned in Reims on 15 August. Today it is still the name given to the Rooster Avenue (actually a dead end) and the fountain at the bottom of the avenue, only remains of the castle.