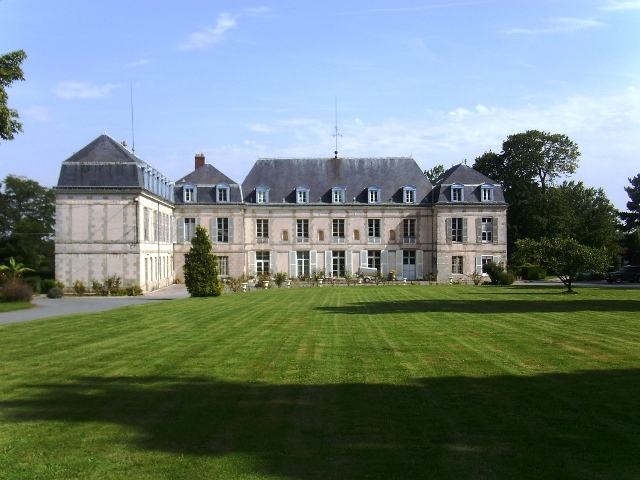 Location: Villebon-sur-Yvette, in the Essonne departement of France (Ile-de-France Region).
Built: 15th-16th century.
Condition: In good condition.
Ownership / Access: --
Notes: Château de Villebon-sur-Yvette is a French castle in the town of Villebon-sur-Yvette, in Hurepoix country, on the banks of the Yvette, in the lower valley of Chevreuse, in the Essonne department the Ile-de-France to eighteen kilometers southwest of Paris. The estate was originally two hundred hectares, it was reduced to one hundred and four to twenty when buying and selling real estate by the Villebon company in 1920. Today, he is twenty to five hectares, mainly Of wood. It is organized in two large lawns and two aisles: François I and Henry IV. It has a lake and a source, which would come to drink Sainte Genevieve Paris after his rescue. It is enclosed by a wall and a gate of honor, now unusual. The castle is now occupied in part by the retreat center Vincentian brothers and by the College and High School of the Île-de-France. It remains today the Renaissance castle of Augustin de Thou the entrance gate (1514) called Sully pavilion, the water tower and the Henri IV pavilion. The orangery remains and has been transformed into the gym for the school. The pigeon is left unchanged since its construction. In the park, close to the orangery, a sports field was built to the school's needs.