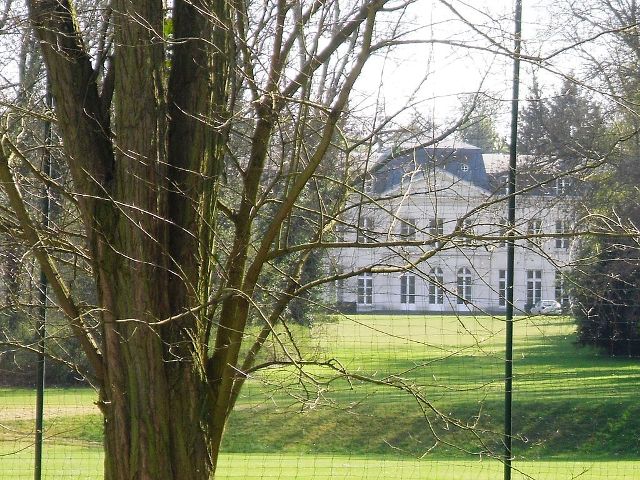 Location: Massy, in the Essonne departement of France (Ile-de-France Region).
Built: 1823-1852.
Condition: In good condition.
Ownership / Access: Owned by a private company.
ISMH Reference Number: PA00087948
Notes: Château de Vilgénis is a French castle in the town of Massy, in Hurepoix country, today the department of Essonne and the region Île-de-France, fifteen kilometers southwest of Paris.A villa rustica, the villa Joannis was located at the current location of the castle from the Gallo-Roman era. In 1216 there was established a fortified farm. Around 1502, a castle was built, consisting of a kitchen backyard farm buildings and a tower, surrounded by a wall flanked by four towers; the area belonged to the Fourquaud family, lawyers and prosecutors to the Parliament of Paris, and Lord of Villegenis and Villemoisson. In 1575, the estate passes to the family of Vigny that enlarges the area with the lands of Igny and Gommonvilliers. In 1616, it was Bertrand Solly who bought the estate under the barony of Macy's and in 1618, it was acquired by Charles Levoyer. In 1643, he returned to Etienne de Vigny, and then in 1651 to Pierre d'Albertas, Knight of Ners and Gémenos; in 1688, it's Guy Carré de Montgeron who took possession, before making it to Henry Renaud d'Albertas, heir of his uncle. In 1719, Claude Glucq, industrial magistrate and bought the field, which then included a bourgeois house and a farm; he decorated the house of Art Watteau (including Ensign of Gersaint) and Alexandre-François Desportes, he expanded the field and built a chapel.

How To Get To Château de Vilgénis (Map):