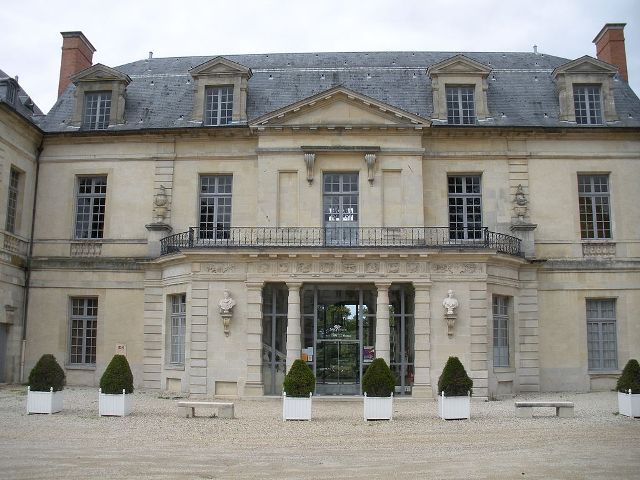 Location: Sucy-en-Brie, in the Val-de-Marne departement of France (Ile-de-France Region).
Built: 1660-1687.
Condition: In good condition.
Ownership / Access: Owned by the town.
ISMH Reference Number: PA00079907
Notes: Château de Sucy-en-Brie is a castle located in Sucy-en-Brie (current department of Val-de-Marne). It is also known as Lambert Castle names (named after its first owner) and Castle Berc (named after its last owner). The castle is a classic architecture, it consists of a main building flanked by two pavilions at the ends. Built in stone, it has a floor topped with a mansard roof, slated offering a second floor. It was built for the pleasure palace owners residing in Paris. Located just outside the old town of Sucy-en-Brie, it is at the boundary between the plateau and the beginning of the valley of Morbras it dominates, offering a clear view of the valley and the town of Ormesson beyond the city of Paris to the west. It is the subject of a classification as historical monuments since July 18, 1975.