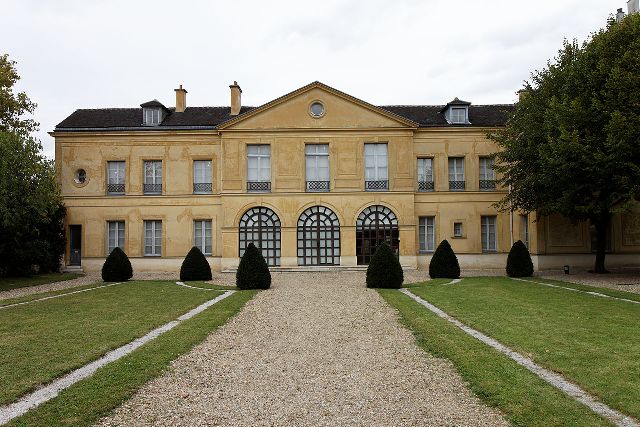 Location: Maisons-Alfort, in the Val-de-Marne departement of France (Ile-de-France Region).
Built: 18th century.
Condition: In good condition.
Ownership / Access: Owned by a private company.
ISMH Reference Number: PA00079886
Notes: Château de Réghat is located in the town of Maisons-Alfort, in Val-de-Marne. The castle is the subject of a registration as a historic monument since October 26, 1979.Reghat Castle was built in the eighteenth century. It was used as an appointment of Louis XV hunting and served as a base for the Marquise de Pompadour. In 1773 it was bought by Peter Réghat. Facades and garden roofs are included since 1979 in the inventory of historical monuments. From 1872 the castle Reghat became the property of the yeast factory founded by Baron Max von Springer, has since become Bio-Springer (Lesaffre) As part of a sponsorship Bio Springer, the castle houses since 2003 the Maisons-Alfort Museum.