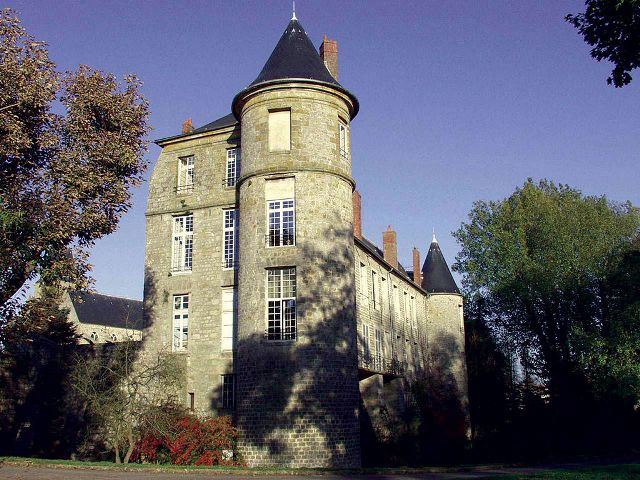 Location: Nangis, in the Seine-et-Marne departement of France (Ile-de-France Region).
Built: 1436.
Condition: In good condition.
Ownership / Access: --
Notes: Château de Nangis Nangis is located in the heart of the city of Nangis. He protected the population of the manor during the Hundred Years War. It now houses the administrative services the town hall.The name "La Motte" suggests the castle mound which indicates the medieval origins of the place. Fleury (c. 1093- † c. 1147), son of King Philip I of France, is the oldest known lord. In 1245, the castle of the time going to the house of Montmorency. Although recognized as a fortress in 1397, the English are inflicting significant damage to the castle in 1429. The king Charles VII Well-Served provide the lordship to Denis de Chailly (Chailly-en-Bière) in reward for his help Jeanne D'Arc. This rebuilt the fortress in 1436. By marrying Mary Veres April 16, 1507, Louis Brichanteau becomes the new lord. His descendants will retain the lordship until the Revolution. The field and passed to their son of Nicolas Brichanteau to son thereof, Antoine. Around 1590, Antoine de Brichanteau fact modernize the main building. The lordship becomes marquisate in 1612. The castle is visited by Louis XIV in 1678. On the death of Armand de Brichanteau in 1742, a distant cousin, Count de Guerchy, becomes the new Marquis. His son, Anne-Louis de Guerchy, the last Marquis de Nangis, almost ruined, sold the castle to a Parisian notary in 1795. The latter made destroy two of the three main buildings leaving only the left wing. The castle was acquired by the municipality in 1859 and in fact its town hall. Exterior view, the left wing has hardly changed since. Six paintings of the marriage room are portraits historic monuments in May 1909 although the building itself is not.