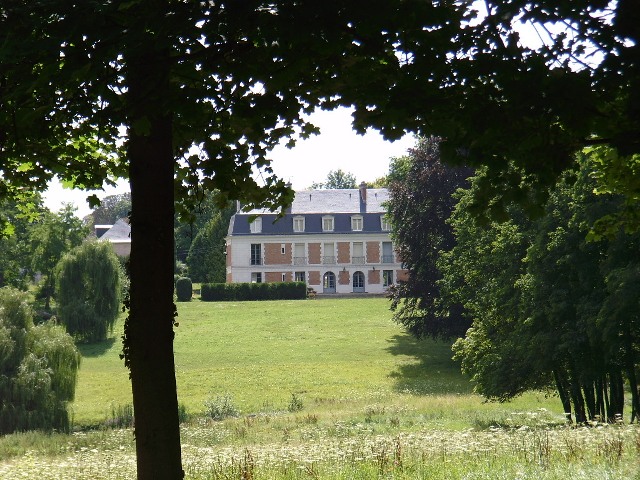 Location: Saulx-les-Chartreux, in the Essonne departement of France (Ile-de-France Region).
Built: 17th century.
Condition: In good condition.
Ownership / Access: --
Notes: Château de Monthuchet is in the town of Saulx-les-Chartreux, in the heart of the former province of Hurepoix, on the right bank of the Yvette, in the French department of Essonne and the region Ile-de- France to nineteen kilometers southwest of Paris. The castle consists of a main body right in Renaissance brick, six windows, a mansard floor increased. The set is covered with slate. It is completed with a mansion and a farm in "L". The park, with an area of seven hectares, is walled and opened by two grids of honor vis-à-vis, one in the north, the main south. It is landscaped with trees and Pante has a lawn west, embellished by a pond fed by the Chauffour stream. Northeast has built a vegetable garden.