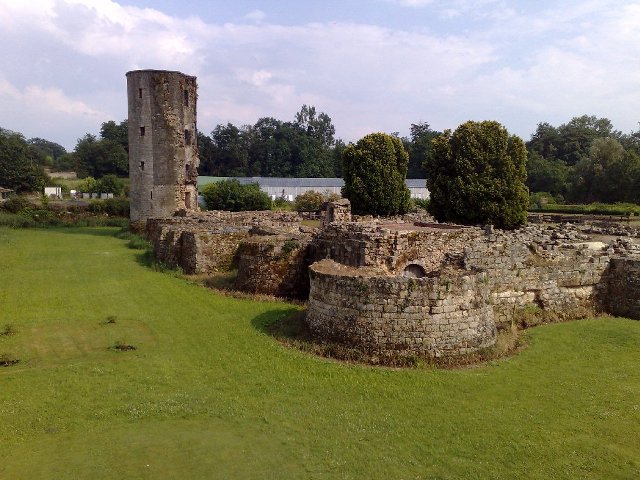 Location: Marcoussis, in the Essonne departement of France (Ile-de-France Region).
Built: 1402.
Condition: In good condition.
Ownership / Access: Owned by an association.
ISMH Reference Number: PA00087945
Notes: Château de Montagu is a French castle in ruins located in the town of Marcoussis in Hurepoix country in the present department of Essonne and the region Île-de-France to twenty-five kilometers southwest of Paris.Although the size, location and architecture of the building are not documented, a fortified house is mentioned at the beginning of the fourteenth century. It was then owned by Pierre des Préaux. In the late fourteenth century, John Montagu acquired the fiefs that were enclave in the lordship of Marcoussis and became lord of the manor. In 1388, he lay the foundations of a castle in the center of its areas, to materialize the financial and political rise he had achieved through the protection of Charles VI. The proximity of the capital earned the Marcoussis castle to be first in line to hostilities: between 1412 and 1435 he was successively taken and retaken by the Armagnacs and the Burgundians and then by the English and the French. The current ruins are testimony to the architecture of the early fifteenth century, the Bastille was once another example. The sixteenth to the eighteenth century, successive lords, chief among them the Admiral Louis Malet Graville and François de Balsac Entragues and Countess of Esclignac continue to embellish the buildings, but the structure is deteriorating the end of the old regime, sufficient lack of maintenance. After the Revolution, the castle was shot Marcoussis (1805). According to historian Malte-Brun this decision by one of the heirs, Armand Puységur, was to avoid its transformation into a state prison. The recent review of this subject by local scholars, however, suggests that the dismantling of the castle rather obeyed a financial motive for resale stones; the building having been inherited in poor condition and is therefore difficult to value. The sponsor of the destruction was the brother Armand, Antoine-Hyacinthe Puységur, and executor one Jean Dioudonnat which at that time already had to his credit the demolition of buildings Célestins. Entered the game successions in family Viella, then in that of La Baume Pluvinel, castle ruins, and the tower of Oubliettes still standing, become a curiosity of the accreditation park built during the Second Empire by the Marquis of Baume Pluvinel. A neo-Louis XIII chateau is built nearby, on the remains of an old farmhouse, by the Parisian architect Rohault Fleury (1864). The buildings and land were donated in 1940 by the last owner remained single, Geneviève de La Baume Pluvinel at the Auteuil Foundation provided into a school of horticulture which would bear the name of St. -Antoine in tribute to his dead brother to eighteen during World War II. The Terrier Marcoussis, or book of hours of Admiral Graville illustrates according to his exceptional illuminated vignettes of everyday life in the field of Marcoussis, in the late fifteenth century. We discover the castle but also the heron, fishing lakes, ponds, breeding hawks and pheasants. The location of the Terrier Marcoussis is to date unknown, since the publication of a monograph by the Count Durrieu in 1926, reproducing black and white main views. However, the Marmottan Museum has in its collections from an illumination of this book (the cons).

How To Get To Château de Montagu (Map):