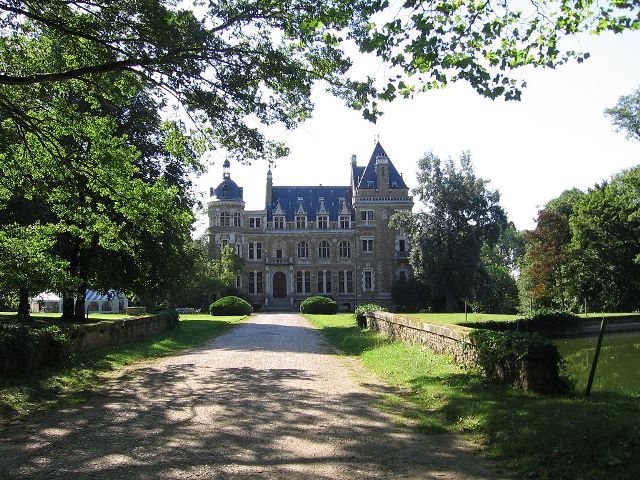 Location: Chevreuse, in the Yvelines departement of France (Ile-de-France Region).
Built: --
Condition: In good condition.
Ownership / Access: Private property.
Notes: Château de Méridon is located in the town of Chevreuse in which is also the castle of the Madeleine. Castle Méridon is located on the other side of the Chevreuse Valley, near the Château de Breteuil, located in the town of Choisel. Since 2013, the castle is again Méridon private property and hosts weddings, seminars and corporate parties. In the thirteenth century, Archambault receives the stronghold of Méridon Pierre de Chevreuse. In 1464, Jean Langlois, taking over the fief but the mansion is declared in ruin, a result of the Hundred Years War. In 1601, under John Péricard is the first time the castle qualifier is given to the hotel Méridon; In 1650, it's Guillaume Dugue Bagnols redeeming the field Méridon until the late eighteenth century. The castle is only then that ruins. Mr. Marques di Braga, Director of Crédit Foncier acquired land and built until 1883, on the site of the old castle, the current neo-Renaissance style castle. In 1908, the estate was purchased by the Marquis de Breteuil which will convert it into hunting with hounds castle. It will lease Méridon to Americans, especially to Mrs. Sullivan which will make it one of the finest buildings of the area. After the Second World War, the castle was rented to the Dutch State and then sold to a Dutch association. Since 2013, Château de Méridon again became a family property and hosts private functions and business seminars.

How To Get To Château de Méridon (Map):