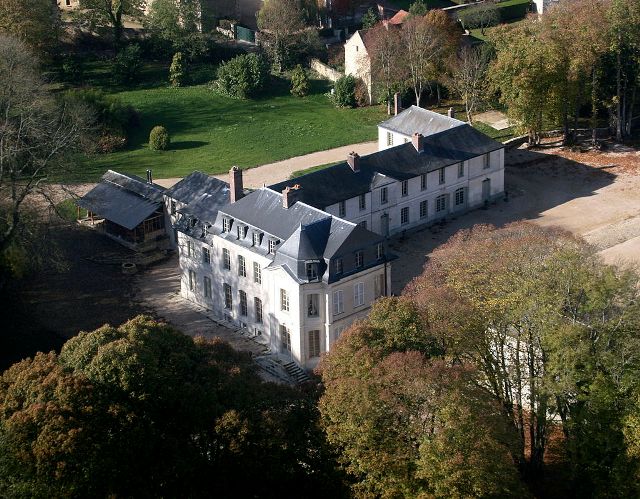 Location: Maudétour-en-Vexin, in the Val-d'Oise departement of France (Ile-de-France Region).
Built: 18th century.
Condition: In good condition.
Ownership / Access: Privately owned.
ISMH Reference Number: PA00080121
Notes: Château de Maudétour is located in the Val-d'Oise, Île-de-France. It was built in the seventeenth and eighteenth centuries on the site of the former manor of Rubentel, of which there remains no trace. The twelve-hectare park was designed by Le Nôtre. Important buildings in rubble and stones still remain of what was once a small French garden. Among them, the avenue of lime trees overhanging built and framed support walls that juts proudly into the plains of Vexin. At the heart of the orchard is also a cooler type of rare building in the region. The castle has undergone major restoration work from July 2006 to July 2009. The current owners have opened in September 2009 of B & Bs that are accessible all year round.