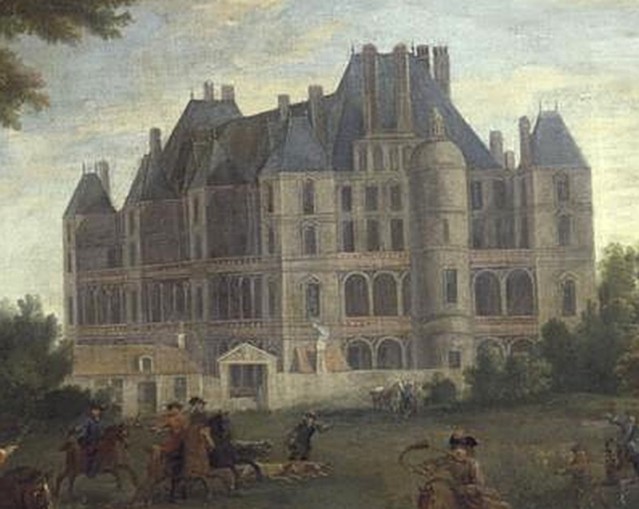 Location: Neuilly-sur-Seine, in the Hauts-de-Seine departement of France (Ile-de-France Region).
Built: 15th century.
Condition: Ruins.
Ownership / Access: --
Notes: Château de Madrid first called Château de Boulogne, is a royal residence built in the Bois de Boulogne. Built from 1528 at the order of King Francis I of France and Henry II completed by around 1552, he was completely demolished in the late eighteenth century. It was located on the present town of Neuilly-sur-Seine, on the corner of boulevard du Commandant Charcot and boulevard Richard Wallace, now corresponding to the Door of Madrid, while the gardens stretched up rue du Bois de Boulogne.The work was led by the Florentine Girolamo della Robbia and Tourangeaux Gadier Pierre and Francois Gatien (son of Bastien and small son Guillaume Regnault). It is believed that Francis I personally took part in the design of this important masterpiece of the French Renaissance. From 1548, the architect Philibert Delorme walked completion.It has often been reported that the castle was inspired by the Royal Alcazar of Madrid (Spain), which would have given it its name. If both buildings have in common is built on the edge of a forest near a large city, and have a body lying central building flanked by large cubic pavilions and surrounded by loggias on two floors, reconstruction the Madrid palace by Charles V (1537) was later than the castle of Bois de Boulogne, which makes the assumption implausible.