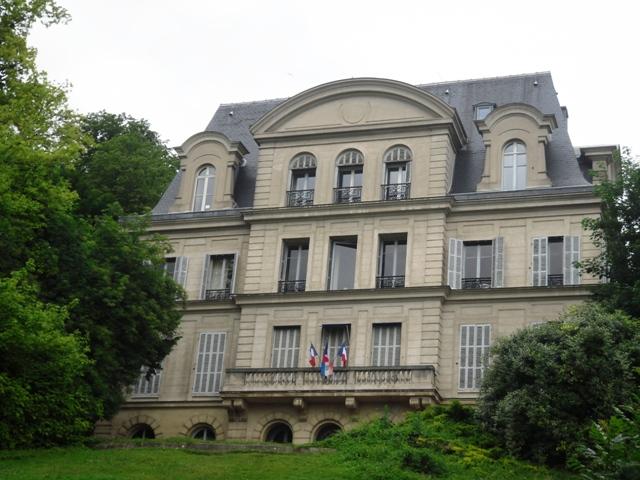 Location: Juvisy-sur-Orge, in the Essonne departement of France (Ile-de-France Region).
Built: 19th century.
Condition: In good condition.
Ownership / Access: --
Notes: Château de Juvisy is a French castle in the town of Juvisy-sur-Orge, in Hurepoix country, in the department of Essonne and the region Île-de-France, eighteen kilometers southeast of Paris . The castle, originally called Castle Bel'Fontaines, dates from the seventeenth century. He was in a park leading down to the Seine and included a horseshoe staircase similar to that of Fontainebleau. He entered in 1811 in the Monttessuy family but was seriously damaged during the war of 1870. The municipality bought the 1900 to its last owner, the widow of Gustav Monttessuy and installs the Town City Hall . After the bombings of 1944, the town is renovating the buildings and, in 1965, architect Paul Ohnenwald student in the bottom of the park, an administrative center which houses, among other services, archives, technical services and the boardroom.