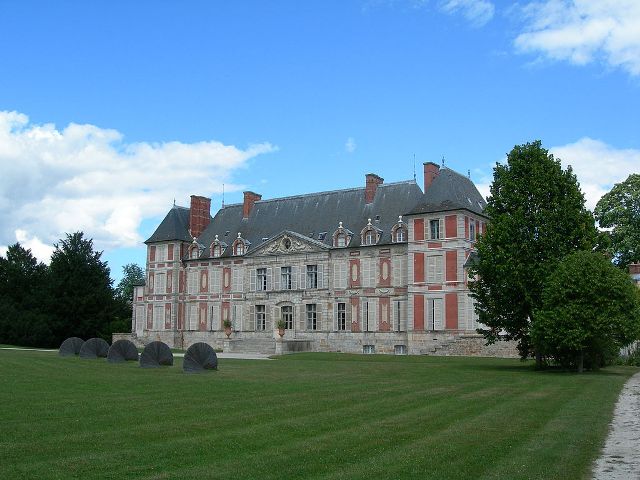 Location: Courson-Monteloup, in the Essonne departement of France (Ile-de-France Region).
Built: 17th-19th century.
Condition: In good condition.
Ownership / Access: Privately owned.
ISMH Reference Number: PA00087876
Notes: Château de Courson is a French castle in Courson-Monteloup. Originally the home of Lamoignon family, the castle was inherited by since the eighteenth century. Its historical park was designed in the formal style by a student of Le Nôtre in the eighteenth century. During the nineteenth century, the gardens were redesigned twice, once in 1820 for the Duke of Padua by landscape architect Louis-Martin Berthault and again in 1860 by brothers Denis and Eugène Bühler. The castle is classified as historical monuments in 1944 (facades, roofs, hydraulic system) and registered in 1992 (Park alley perspective, facades and roofs of the outbuildings, chapel).