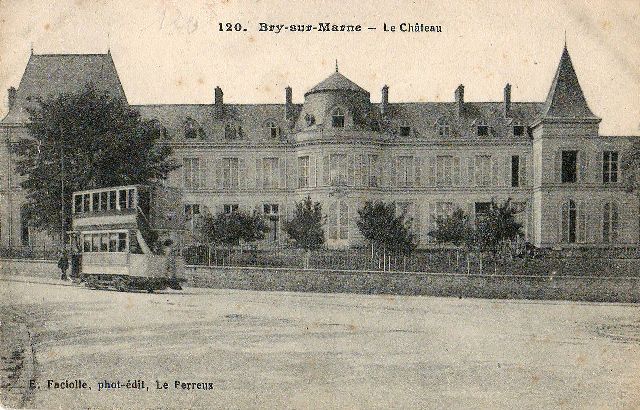 Location: Bry-sur-Marne, in the Val-de-Marne departement of France (Ile-de-France Region).
Built: 17th century.
Condition: --
Ownership / Access: Congrégation des Sœurs de Saint-Thomas de Villeneuve.
Notes: Château de Bry is a residential castle located in Bry-sur-Marne (Val-de-Marne). It houses since 1925 a private Catholic school of the Sisters of Saint Thomas of Villanova. Formerly located on the lands of the fief of the Hotel Fort, the lord moves in 1622 at the site of the present castle, in a place called La Varenne, where François Ours Miron, king's councilor, is building a new remains. In 1903, the castle was transformed into an institution for young people by Eugène robert8, professor at Albert de Mun college. March 7, 1925, the castle was acquired by the Sisters of Saint Thomas of Villanova who turned it into a Catholic school and a chapel built against the front facade.