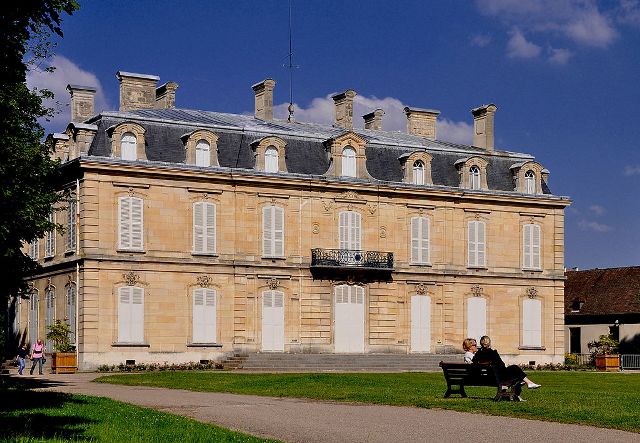 Location: Rueil-Malmaison, in the Hauts-de-Seine departement of France (Ile-de-France Region).
Built: 1854-1855.
Condition: In good condition.
Ownership / Access: Houses the national museum.
Notes: Château de Bois-Préau is a French castle of the nineteenth century located in the town of Rueil-Malmaison in the department of Hauts-de-Seine and the Île-de-France. It houses a national museum since 1958, annex to the Malmaison, dedicated to the captivity and death of Napoleon to St. Helena and the return of the ashes and the Napoleonic legend.The land of Bois Preau, which depended on the medieval Abbey of St. Denis, was purchased in 1696 jointly by Frederick Leonard and his son Frederick Pierre Léonard, both printers and booksellers King of the ordinary. On the field of 17 hectares - is still today in the park - they build between 1697 and 1700 a large enough house surrounded by gardens with ponds.

How To Get To Château de Bois-Préau (Map):