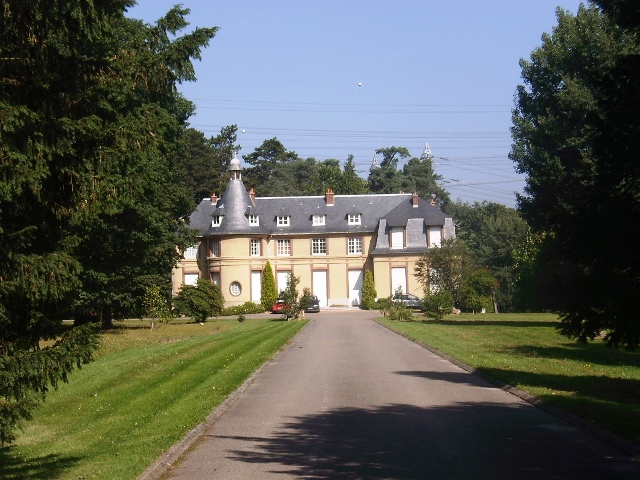 Location: Villejust, in the Essonne departement of France (Ile-de-France Region).
Built: 1849- 1849.
Condition: In good condition.
Ownership / Access: --
Notes: Château du Bois-Courtin is a French castle in the town of Villejust, in the former province of Hurepoix, today the department of Essonne and the region Île-de-France twenty-one kilometers southwest of Paris.The area of Bois-Courtin was sold in 1820 to John Alexander Pauquet Villejust, who bought one hundred and fourteen hectares of wood pierced by four hunting road. At his death in 1839, a logging is performed. In 1841 began the mountaintop removal of grit. It is at this time that was built pavilion in the center of the field millstone with five openings through double doors on the main façade, raised a mansard roof covered with slate and zinc terrace. Was added a farm, concierge and housing delivery, and in the park a barn and barnyard. In 1932, the Ocampo family domain owner added a round tower facade.