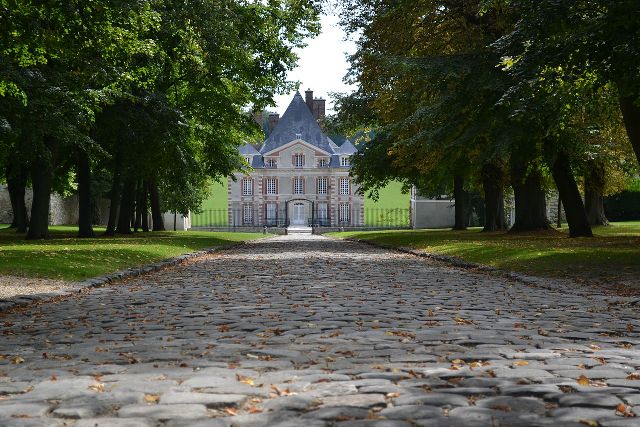 Location: Ormesson, in the Val-de-Marne departement of France (Ile-de-France Region).
Built: 16th-18th century.
Condition: In good condition.
Ownership / Access: Owned by a private company.
ISMH Reference Number: PA00079897
Notes:Château d'Ormesson inhabited from 1598, is located on the territory of the municipality of Ormesson (Val-de-Marne). It was classified by the Historic Monuments in 1889.A first castle Ormesson, located on the territory of the parish of Mourning, on the edge of it and parishes of Epinay-sur-Seine and Enghien gave its name to the family Lefevre d'Ormesson. From 1630 to 1758 the family used the two houses before finally settling in the most recent. In 1760 it was decided to demolish the old castle and rent land, but the recipient does not cut down one who, at the eve of the Revolution, was occupied by Mathieu de Montmorency, friend of Madame de Stael and Benjamin Constant, who was elected deputy of the nobility to the States general (where he was the youngest elected) and took a significant part in the preparation of the new Constitution.