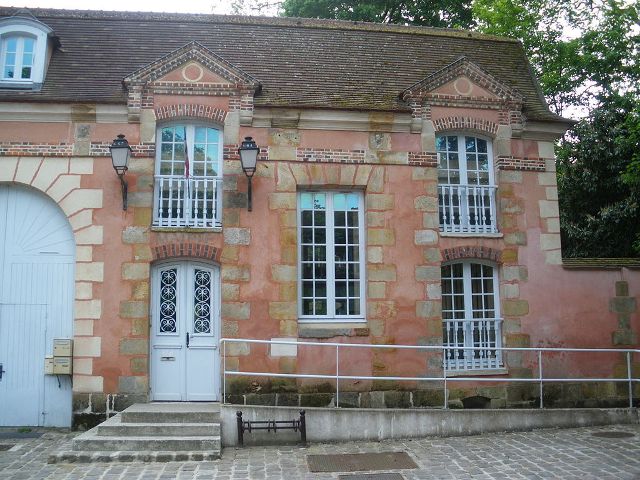 Location: Angervilliers, in the Essonne departement of France (Ile-de-France Region).
Built: 17th century.
Condition: RuinS.
Ownership / Access: Owned by the town.
ISMH Reference Number: PA00087801
Notes: Château d'Angervilliers castle located in the commune of Angervilliers in Hurepoix country today in the department of Essonne and the region Île-de-France, thirty-six kilometers south -west of Paris.The castle was probably built in the nineteenth century by Elizabeth Angervilliers, Fleury Beauce lady who made it his residence. In 1983, the town bought the common, external to the park, Mr. Leven to restore and install it to local community use. The orangery, built in 1682, H-shaped, French roofs, houses the town hall and multipurpose room. The former dovecote, at the center of the courtyard common with the ancient castle, is also at the heart of the rehabilitation and animation Town: it houses the offices of the municipal library today. The facade of the orangery and dovecote were listed as historical monuments by order of 21 October 1985.