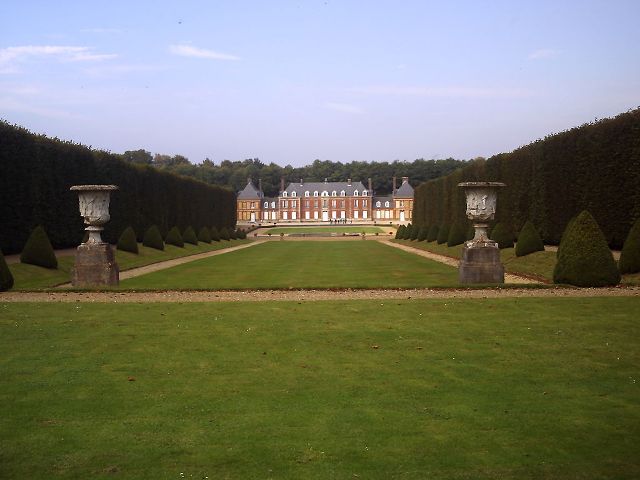 Location: Limpiville, in the Seine-Maritime departement of France (Haute-Normandie Region).
Built: 17th-19th century.
Condition: In good condition.
Ownership / Access: Privately owned.
ISMH Reference Number: PA00100733
Notes: Château du Vaudroc is located in the town of Limpiville, between Etretat and Yvetot in western Seine-Maritime (Normandy). On the foundations of a priory that once belonged to the Benedictine monks of Fécamp, the Marquis de Vaudrocque built a castle in red brick on the land Limpiville he has acquired. It draws a park in the French. In the eighteenth century two wings were added. Acquired by the Marquis and Marchioness of Lillers in 1958, the area, especially the park are subject to a careful restoration. The park is open twice a year to visit: during Heritage Days and "Park and Gardens in June." This castle is the subject of a registration as a historic monument since October 7, 1931.

How To Get To Château du Vaudroc (Map):