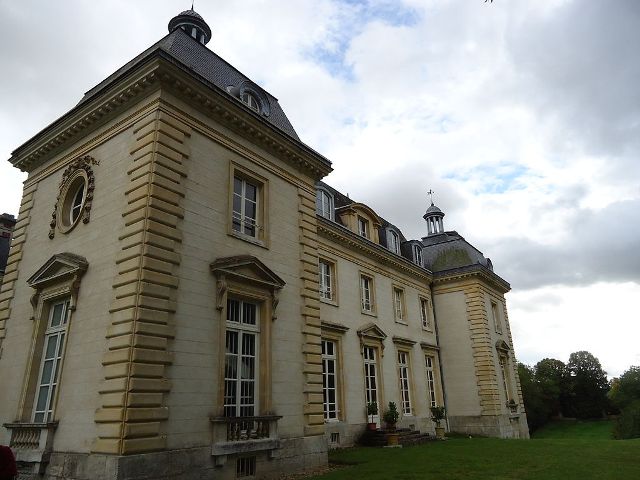 Location: Saint-Aquilin-de-Pacy, in the Eure departement of France (Haute-Normandie Region).
Built: 1781-1783.
Condition: In good condition.
Ownership / Access: Privately owned.
ISMH Reference Number: PA00099632
Notes: Château du Buisson de May is located in the municipality of Saint-Aquilin-de-Pacy, in the department of Eure, near the national road 13, at a place called Buisson May.At the request of Jean-Jacques de Bordeaux is Jacques Denis Antoine, royal architect, who makes plans and elevations of the castle in 1781 and the plot of the two semicircles and perspectives. The building is the subject of a restoration campaign in the late nineteenth century. The whole is listed as a historic monument since 1994.In 1936, the Family Allowance Fund of the Paris region bought the castle and the wood to make a holiday camp. He was later British military hospital, then he would have used to hide resisters in 1944. As a result of neglect and looting, the castle is experiencing a period of restoration started in 1999, and the visit to understanding techniques construction. open monument for many cultural events.

How To Get To Château du Buisson de May (Map):