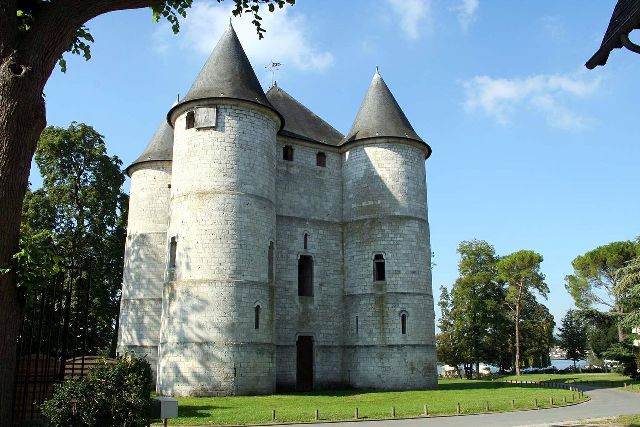 Location: Vernon, in the Eure departement of France (Haute-Normandie Region).
Built: 13th century.
Condition: In good condition.
Ownership / Access: Privately owned.
ISMH Reference Number: PA00099618
Notes: Château des Tourelles is located in Vernon in the Eure near Old Mill (monument in the city and one of a kind). It is part of one of the many castles of the city as the Castle of Bizy. It is the subject of a classification as historical monuments since January 1945.The history of this place begins in 1196, when Philip Augustus, fighting against the King of England, Richard the Lion Heart, to use it seizes Normandy Vernon, and made this city a military base. The castle consists of a square tower surrounded by four turrets at the corners. The set reaches twenty meters high.Under the French Revolution, the castle used to mill.The castle Turrets served part in the filming of Summer vacation with Louis de Funes.

How To Get To Château des Tourelles (Map):