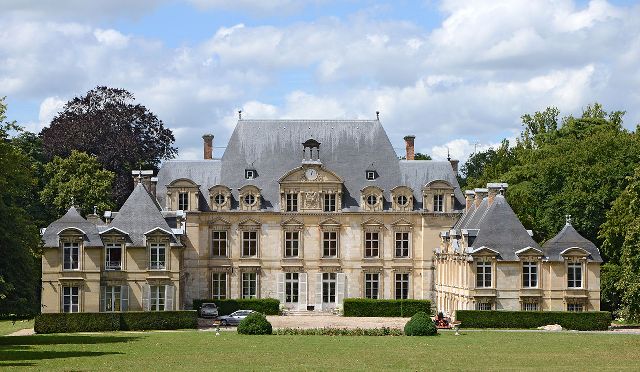 Location: Quevillon, in the Seine-Maritime departement of France (Haute-Normandie Region).
Built: 17th century.
Condition: In good condition.
Ownership / Access: Privately owned.
ISMH Reference Number: PA00100795
Notes: Château de la Rivière-Bourdet is located Quevillon (Seine-Maritime), bordering the Seine.In the eighteenth century, the first castle was built by Etienne Bourdet, which gives its name to this area. He sacked in 1570. It is probably rebuilt in the 1620s on the initiative of Charles II Maignart de Bernières. Voltaire stayed there in 1723. He wrote in part and Mariamne Henriade.From 1862 to 1940, the castle belongs to the Montholon-Semonville family. In 2011 it is the property of Chantal Trapes and sister, who have inherited from their parents.The castle is the subject of a registration as a historic monument since November 30, 1934.The chartrier of La Rivière-Bourdet is deposited in the departmental archives of Seine-Maritime.