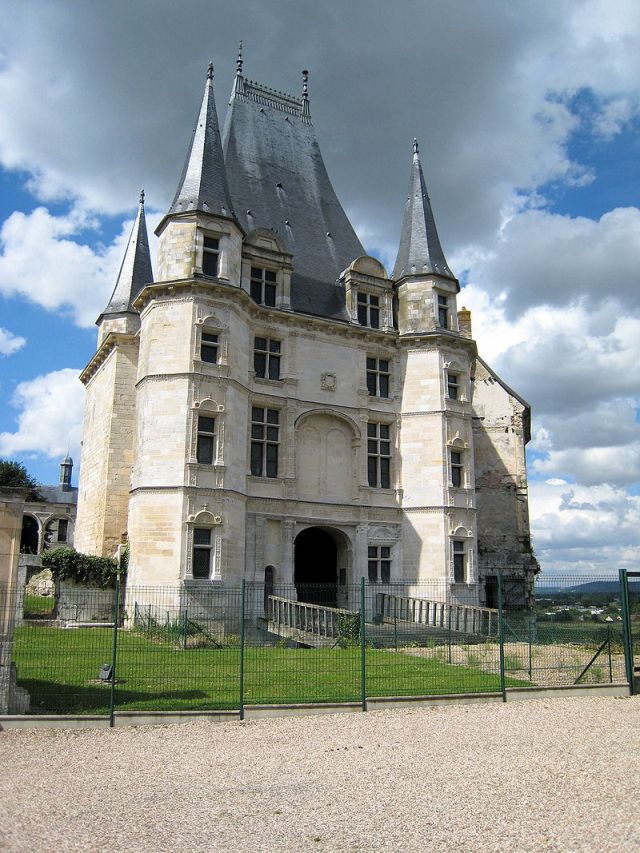 Location: Gaillon, in the Eure departement of France (Haute-Normandie Region).
Built: 18th century.
Condition: In good condition.
Ownership / Access: State property.
ISMH Reference Number: PA00099427
Notes: Château de Gaillon is a Renaissance castle, built on the site of a medieval castle, located in the municipality of Gaillon in the French department of Eure. It is the subject of several protections as historical monuments.In 1192, following an agreement between Philip Augustus, King of France, and John Lackland, king of England and Duke of Normandy, Gaillon passes under the domination of the King of France, as well as the Norman Vexin few other strongholds, including Evreux. John Lackland is only a substitute king during the captivity of his brother Richard the Lion Heart. Upon his release and return in Normandy in 1194, it defeated Capétien in Fréteval and recovers some of his possessions. But loses Gaillon and Vernon, after a treaty with Philip. This is why it is consolidating its position by building Chateau Gaillard Andelys, on the other bank of the Seine. It was not until 1204, after the fall of the fortress and the conquest of the whole of Normandy that followed, that Gaillon is permanently attached to the French royal domain. Castle Gaillon, fortress on the border of the Duchy of Normandy with the royal domain, before a time in 1196 by Philippe Auguste, when the Treaty of Gaillon. In 1196, Philippe Auguste says Gaillon Castle defense to mercenary leader Lambert Cadoc and his troops. He presented him in 1197 to thank him for his acts of war. The castle finally enters the royal domain in 1200, by the Treaty of Goulet. Lambert Cadoc is lord of Gaillon from 1197 to 1220. At that time, Philippe Auguste takes the castle by force and thrown into Lambert Cadoc prison. In 1262, Eudes Rigaud, archbishop of Rouen, gets the castle of King Louis IX in exchange for the mills of Rouen and 4000 books. The castle became the perpetual property of the archbishops and their summer residence.