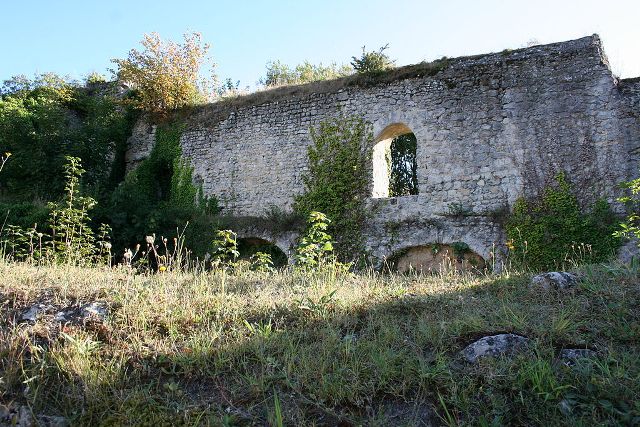 Location: Fécamp, in the Seine-Maritime departement of France (Haute-Normandie Region).
Built: 10th-12th century.
Condition: Ruins.
Ownership / Access: Owned by an association.
ISMH Reference Number: PA00100658
Notes: Château de Fécamp is an ancient motte whose ruins stand in the town of Fecamp in the department of Seine-Maritime and the Normandy region. The remains of the castle are the subject of a classification as historical monuments by order of 26 October 1910. The castle site was badly damaged and still in the nineteenth century with the opening of a wide trench for the track. Excavations have allowed to recognize certain elements of the plan of construction, and the existence of two phases in it, a wooden construction and stone construction took support on the wall in the eleventh century. The enclosure fences, recovery under Richard II in the early eleventh century, was to have at least one rectangular tower flanking too wooden. The castle belonged to a group including the construction of the abbey. In the twelfth century, a square dungeon, which only trace remains, consolidated construction.