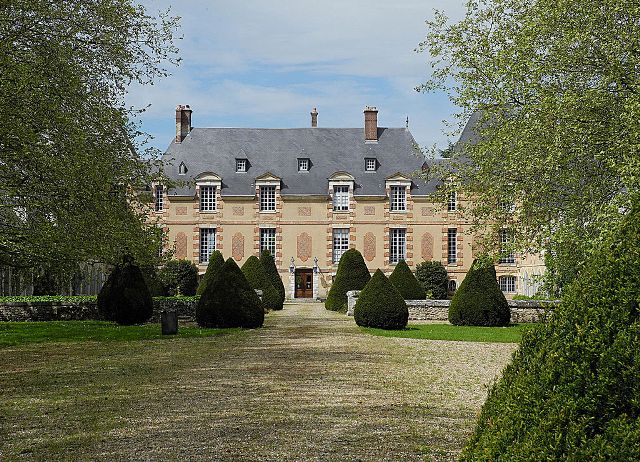 Location: Douains, in the Eure departement of France (Haute-Normandie Region).
Built: 1625.
Condition: In good condition.
Ownership / Access: Property of a private company.
ISMH Reference Number: PA00099389
Notes: Château de Brécourt is a seventeenth-century castle surrounded by a moat, located in a large forest park between Vernon and Douains Eure, 70 km west of Paris. Built in 1625 of stone and brick, it is now a luxury palace.The facades and roofs of the castle and common, the forecourt (including the access bridge and moat) and the courtyard of the castle Brécourt were included in the inventory of historical monuments by order of June 28, 1967.This is the castle of Brécourt in 1793, July 14, took place the meeting between the West and the Confederate conventional army.