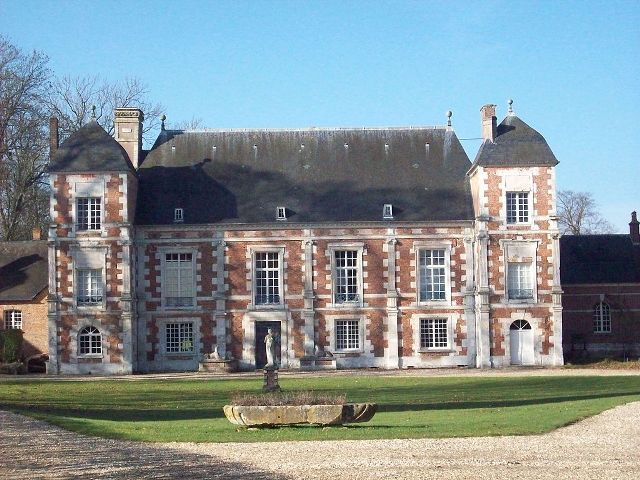 Location: Radepont, in the Eure departement of France (Haute-Normandie Region).
Built: 1570.
Condition: In good condition.
Ownership / Access: Owned by a private company.
ISMH Reference Number: PA00099533
Notes: Château de Bonnemare castle in the town of Radepont Eure in Normandy, is part of the Norman Vexin heritage. It is the subject of a classification as historical monuments since October 1992 while the common were registered since January 1991.Nicolas Leconte, Lord Dracqueville buys in 1555 a medieval manor house, which was inhabited by Raoul Bonnemare, lai Hero of Two Lovers Marie de France. Adviser to the Parliament of Normandy in 1570, he built the present castle and the gatehouse, chapel and farm buildings.Stephen Fieux acquires the scene in 1637. It amends the 1668 farm buildings, including the expansion of the press.The castle became the eighteenth century the property of the family Cromelin Villette and Charles Le Blond. He was successively acquired in the nineteenth century by Louis Alexander, broker at Rouen, Louis Cavelan, trader and in 1888 by Gustave Gatine, notary in Paris and grandfather of the current owners.