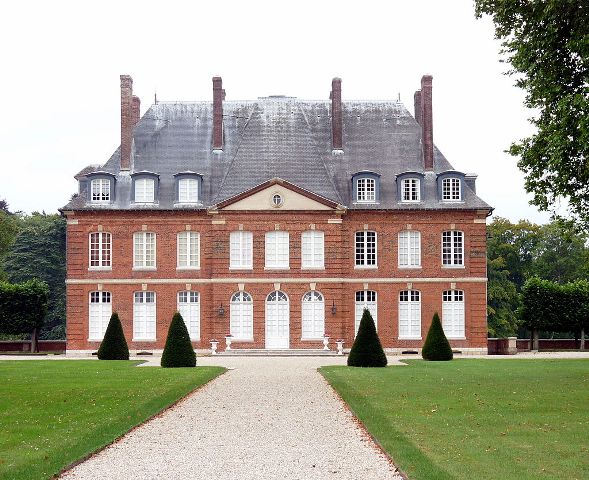 Location: Bois-Héroult, in the Seine-Maritime departement of France (Haute-Normandie Region).
Built: 18th century.
Condition: In good condition.
Ownership / Access: Private property.
ISMH Reference Number: PA00100564
Notes: Château de Bois-Héroult, built in the eighteenth century brick and stone, it is characterized by its high slate roofs, its dovecote and orangery. The 7-hectare park consists of old trees. Its octagonal pool and statues in the ancient date from the eighteenth century. Private residence of the Pradel family Lamaze, the building is the subject of a registration under the Historic Monuments since 1966 and a registration as sites since 1967.