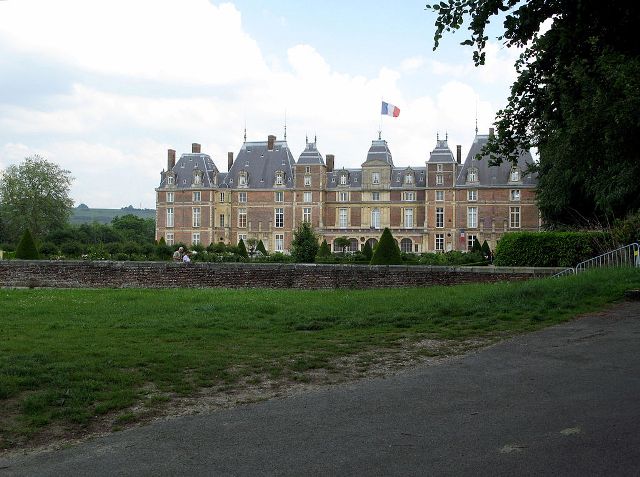 Location: Eu, in the Seine-Maritime departement of France (Haute-Normandie Region).
Built: 16th-17th century.
Condition: In good condition.
Ownership / Access: Owned by the municipality.
ISMH Reference Number: PA00100651
Notes: Château d'Eu is located in Normandy, north of the Seine-Maritime, the castle hosts both the town of Eu and the Louis-Philippe Museum (which is classified Museum of France). The castle is the subject of a classification as historical monuments since October 30, 1985 and an inscription since 6 June 1983. Part of the former royal estate of the castle remains private and belongs to the heirs of Isabella Orléans-Braganza, his son Michel and Jacques d'Orléans, and one of his grandchildren son, Prince Robert, son of the late prince Thibault (1983).