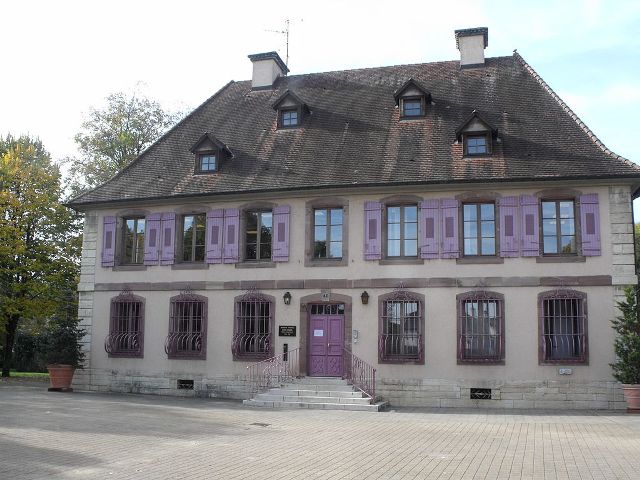 Location: Audincourt, in the Doubs departement of France (Franche-Comté Region).
Built: 18th century.
Condition: In good condition.
Ownership / Access: Privately owned.
ISMH Reference Number: PA00101442
Notes: Château Thévenot is a building located in the town of Audincourt in the Doubs department in France. The facades and roofs and chimney of the two pieces Northeast and Southeast of the floor are subject to a registration as a historic monument since June 27, 1984.The castle was built in the eighteenth century to the Thevenot family, great local landowners.In the nineteenth century, a building in the courtyard is built for the gendarmerie.Later, the castle became the property of the Peugeot family.The building now houses the town library.