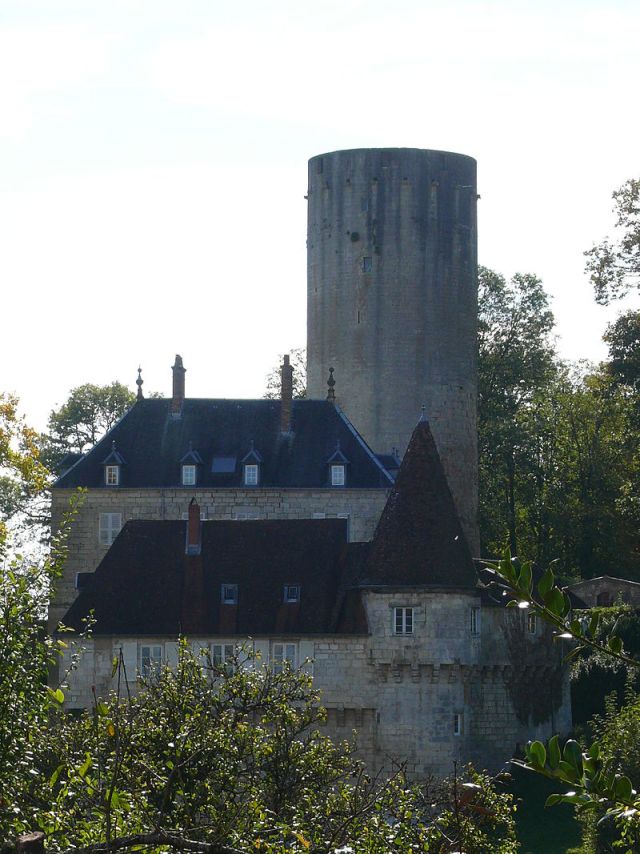 Location: Rupt-sur-Saône, in the Haute-Saône departement of France (Franche-Comté Region).
Built: 13th-19th century.
Condition: In good condition.
Ownership / Access: Privately owned.
ISMH Reference Number: PA00102264
Notes: Château de Rupt-sur-Saône is a castle located in Rupt-sur-Saône, in France1. It is near the road salt, and dominates the Saône Valley.The area of the castle consists of several buildings built in different periods: A tower of the thirteenth century high of 33 meters, the only remains of the first medieval castle. The "Little Castle", a building with original architecture since built in the medieval ramparts of the twelfth century, and modified in the fifteenth. A mansion built by General d'Orsay, which bought the castle in 1820. A billiard room, also built by General d'Orsay in 1870. An Italian-style farm, which can still visit the stables. And numerous other outbuildings including a winery, a kennel and a greenhouse-orangery. All these buildings are located in a park planted with several ancient trees, a tulip tree more than 3 centuries.The castle was probably built in the nineteenth century; it belonged to Guy of Pesmes. It was sold several times before being purchased in 1820 by Count Albert Gaspard Grimod Orsay, General Empire (whose tomb can be seen in front of Rupt-sur-Saône Church).The building is registered as historical monuments in 1991.