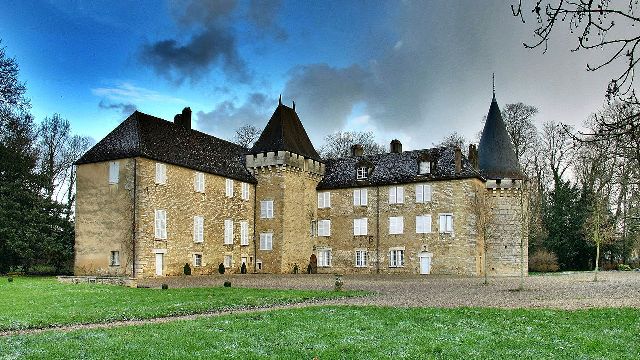 Location: Noironte, in the Doubs departement of France (Franche-Comté Region).
Built: 16th century.
Condition: In good condition.
Ownership / Access: Privately owned.
ISMH Reference Number: PA00101798
Notes: Château de Noironte is a castle located in the municipality of Noironte in the French department of Doubs.At the site of the present castle, a pre-existing castle is mentioned in the fourteenth century. The present castle was built in 1786 and will be finished in 1830 and developments continue to be made until the end of the eighteenth century.After the French Revolution, it was the property of General Charles-Étienne-François Ruty, born and died in Besançon The castle boasts a registration as a historic monument since June 17, 1992 (archaeological remains, facades and roof of the house, towers, dovecote, stairs, fireplaces and alcoves) and classified in the same way since 5 July 1993 (first floor rooms).