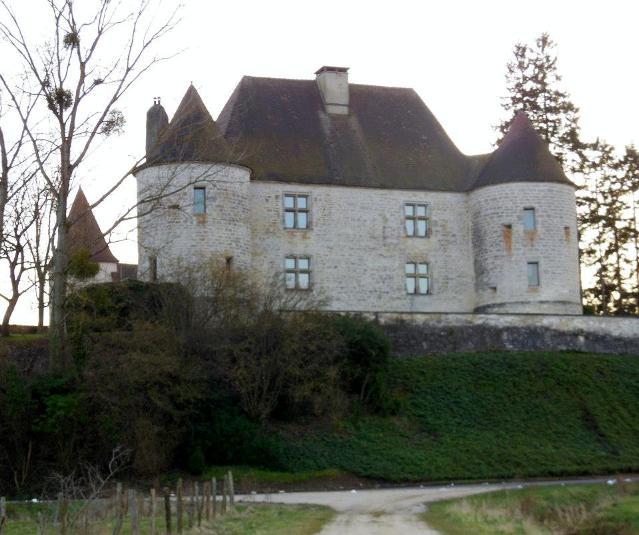 Location: Mutigney, in the Jura departement of France (Franche-Comté Region).
Built: 15th century.
Condition: In good condition.
Ownership / Access: Privately owned.
ISMH Reference Number: PA00101966
Notes: Château de Mutigney is a former stately home, built in the fifteenth century to Mutigney in the current French department of Jura.The castle is located on a terrace overlooking the valley of the Ognon. It includes the north, a main body flanked by two round towers and topped with six fireplaces, and on the south wall, an octagonal tower, surrounding the staircase serving the floors. Facing the first body to the south, a second, flanked by two square towers, thus defining an interior courtyard.The buildings that enclosed the courtyard on the other two sides, very degraded, were eliminated during a recent restoration. The site was defended by a wall, and the north side was protected by swamps. Castle (façades, roofs and chimneys five) is the subject of a registration as a historic monument since July 22, 1971.

How To Get To Château de Mutigney (Map):