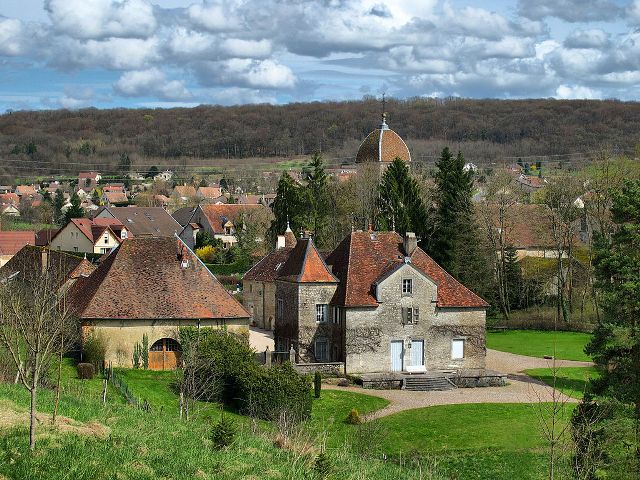 Location: Miserey-Salines, in the Doubs departement of France (Franche-Comté Region).
Built: 17th century.
Condition: In good condition.
Ownership / Access: Privately owned.
ISMH Reference Number: PA00132846
Notes: Château de Miserey is a castle, old fortress, located in the municipality of Miserey-Salines in the French department of Doubs.The castle is an old fortified house modernized in the seventeenth century to which is added a regular garden. He belongs to the family of Gauthiot Ancier in 1753 and was sold to Nicolas Marino Orival, Lord of Miserey, whose descendants still occupy the castle. The castle buildings are developed in the eighteenth century and the regular original garden was replaced in 1854 by a landscaped garden, the work of Victor Baille. The castle boasts a registration as a historic monument since August 8, 1994.