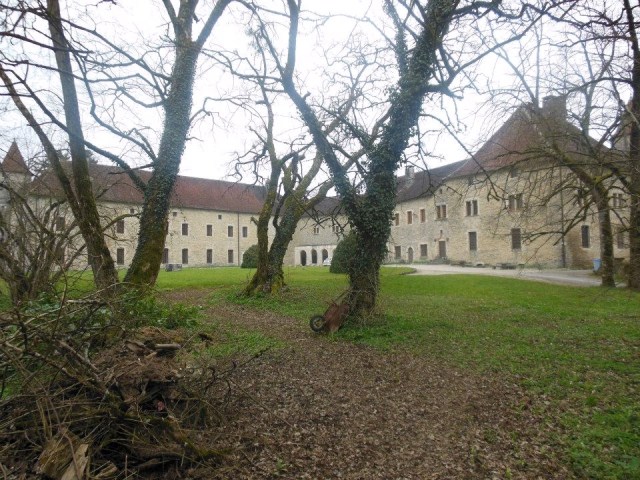 Location: Domblans, in the Doubs departement of France (Franche-Comté Region).
Built: 15th century.
Condition: In good condition.
Ownership / Access: Privately owned.
Notes: Château de la Muyre (or Muire) is a fortress located a few kilometers from Domblans, strikes by its balanced architecture in the green of its park.In the nineteenth century the first castle was built on Gallo-Roman ruins.The current castle was built Muyre from the fifteenth century. It is the property of the counts of Grivel, since 1624.It has benefited over 20 years of extensive restoration by Count Claude de Grivel, together with a few companions.

How To Get To Château de la Muyre (Map):