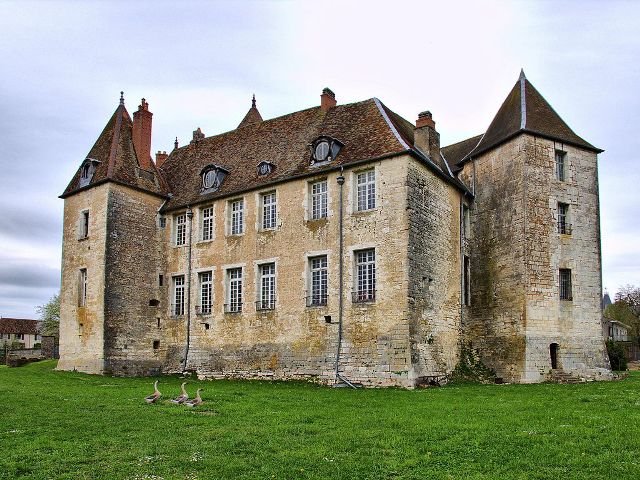 Location: Gy, in the Haute-Saône departement of France (Franche-Comté Region).
Built: 15th-18th century.
Condition: In good condition.
Ownership / Access: Private property.
ISMH Reference Number: PA00102189
Notes: Château de Gy is located in the town of Fondremand, in the French department of Haute-Saône.L'édifice is registered as historical monuments in 2004.Castle Gy is French historical monument in Gy, Franche-Comté, in France. It was the residence of archbishops of Besancon for nearly 700 years, its date of construction is uncertain.Castle Gy is one of the oldest monuments of the town. It is famous for having been the property of the archbishops of Besancon. Its location, far from the city of Besançon, offered a step back. The castle was destroyed many times, its present appearance is the result of two building campaigns, the first under the command of Francis Busleyden. The second date of the eighteenth century as a result of the work of Cardinal Choiseul.