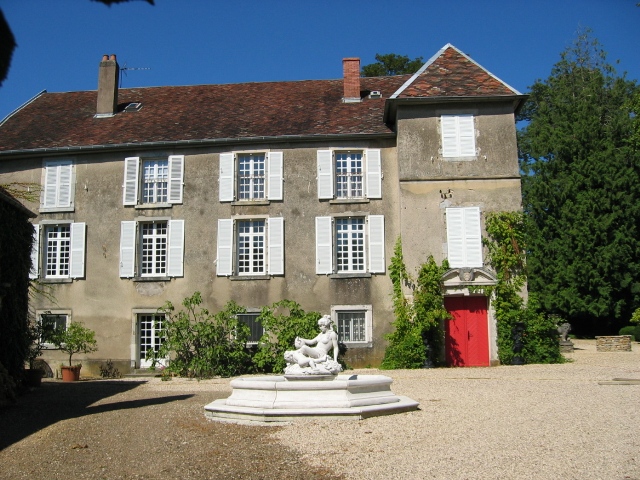 Location: Franois, in the Doubs departement of France (Franche-Comté Region).
Built: 1774.
Condition: In good condition.
Ownership / Access: --
Notes: Château de Franois is a Classical style castle of the eighteenth century in Franois in Bourgogne-Franche-Comté (10 km west Besançon). It is the subject of a registration as a historic monument since December 4, 2002.Franois Castle was built in 1774 next to the church of Franois (which will be built in 1829), by the Chapter of St. Vincent as a rectory canons. It is surrounded by a wooded park and an area of 4 hectares surrounded by a wall and turrets. A Latin inscription is on the street frontage: "Puram Virgineam Dum chilled ante figuram Praetereundo cellar Do sileatur ave" ( "If the name of Mary in your heart is engraved Passing forget To tell him you ave a") The castle was sold by the chapter in 1787 just before the French Revolution. The priests of the neighboring parish of Serre lodged there until the Year II of the Republic (1794). In the early nineteenth century it was bought by the Count of Liniers Leonce (Liniers County) and still belongs to his family. The castle is private and not open to tourism.